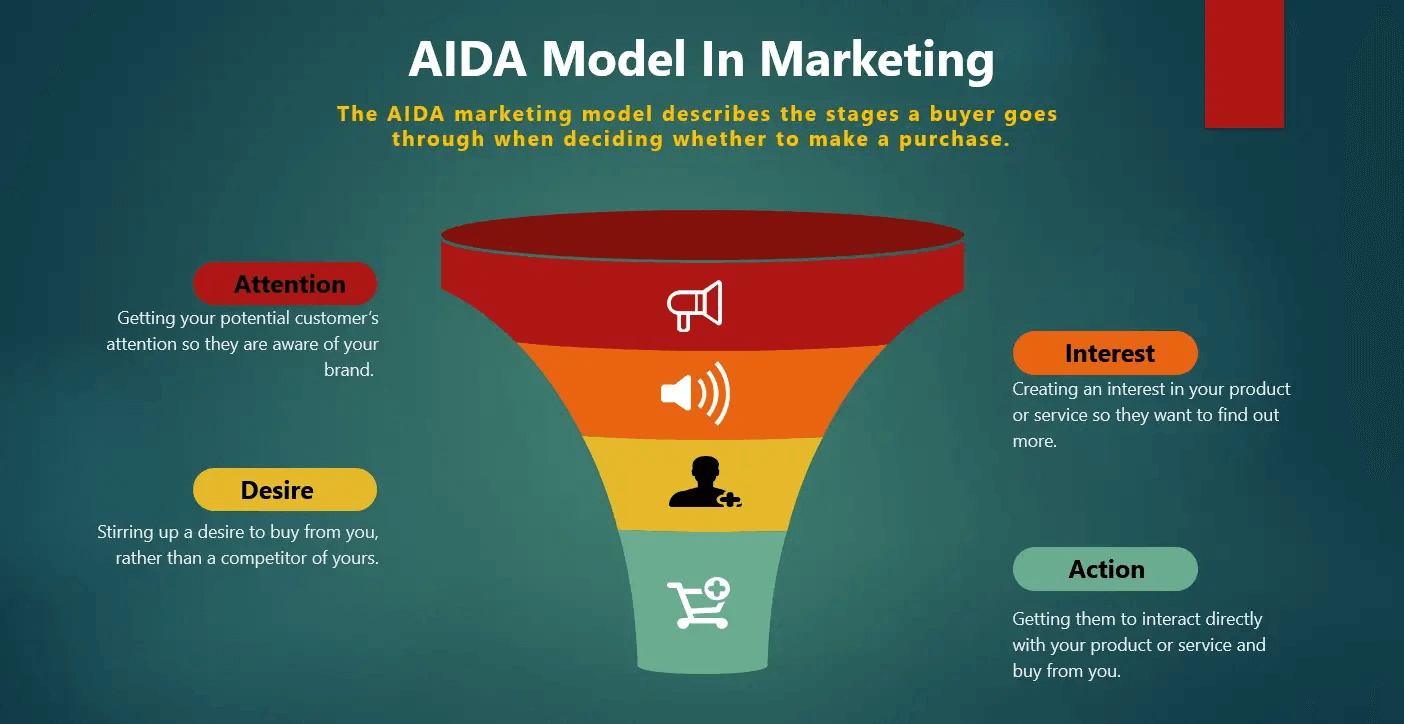 A marketing funnel is a way to better measure and get to know your potential customers, which covers all activities from attracting new visitors to making sales using a marketing strategy, thus increasing the monthly sales volume of your business. It is now in the era of e-marketing. It is considered a digital marketing methodology that attempts to determine the steps that the user must take to achieve a specific goal within the website. Typically, you sign up for or complete a purchase of a product or service. 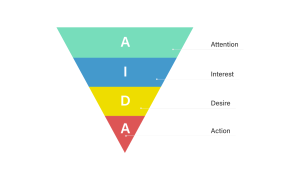 The term “marketing suppression” came when you look at a stage where you will find it largely semi-funnel. When the masses enter the mouth of the funnel, their size is very large, and the masses begin to move from one stage to another until they reach the last stage, which is the stage of buying. In this case, the masses are very less in size, and those who reached the stage of buying are a small percentage at best, 2%. There are many models of marketing funnels that show you the stages the customer goes through until he reaches the stage of purchase. The marketing funnel is divided into two stages: the marketing stage above the funnel, in which you direct customers who are unaware of your brand to potential customers, and the marketing path starts from the first stage:

And the stage of sales below the funnel, which is a strategy aimed at converting potential customers who have made the intention of buying into customers who are already buyers, and this stage starts from:

As we said that there are many models for marketing suppression, but the most famous of those models that we will discuss is the Aida-R model. 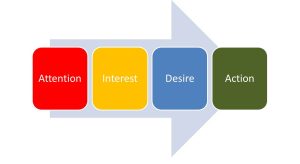 It is the stage of attracting the customer’s attention and making him fully aware of your brand, the service you provide, or his problem. In the event that you have a restaurant, for example, you opened a branch for it in October, and you want the people of this area to know that you have a new branch that was opened here. You can make an advertisement to encourage them to become aware of your location. In this case, you will be satisfied with introducing them to you. But in the event that you want the masses to move with you in the marketing funnel to another stage, you need to do something that you can collect customer data through. Certainly, you will not ask customers about their data, but in the event that you have a page on Facebook, you can target those who have liked it or who have sent a message to the page. Therefore, the best thing to do in addition to the text of the written ad is to add a video, so that you can take advantage of the potential available on Facebook. Those who watched 50%, 25% or 75% of the video, you can retarget them again. This means that once a customer views your video, you can retarget them again.

There is another way in which you can collect customer data through an advertisement of awareness or an advertisement of the “Awareness” type, which makes the customer enter on your site and it is assumed that your site contains the pixels through which you can retarget customers again. But the best case is that you create written and video content that you provide, so that you can easily retarget who watched the video again without the need for a website or pixel, and this teaches you the importance of marketing content and its types. I mean, in the first stage, I intervene through the content, and it can be written and converted into an attractive video. Already some of the customers watched the video and kept their data and entered the marketing funnel, now you want them to move to the next stage which is the stage of interest.

At this point after I have made customers aware of their problem or recognize my brand. Now you have to get them interested. At this stage, you begin to generate interest in the benefits of the product for the customer, and make him eager to know more about the benefits and importance of the product, and at this stage also, the intervention is made through the Content Right.

At this stage, you begin to make an emotional connection, in order to show your product or your brand, and here you begin to convert the customer from just that he is interested or admired to that he has a desire to buy. This is also done through Content Rating.

The fourth and final stage is the action or the action.

On this journey, you achieve what you want, which is often buying, downloading a specific book, or sending a messenger message. At this stage, the intervention is carried out by the Cuban Rayting. Note that in order to move from one stage to another, the customer needs more than one content. At the beginning, in the realization stage, it requires just a post or a video, but in order for the customer to be transferred from one stage to another during the marketing funnel, he needs from 5 to 8 production writing containing all the aforementioned features. In the last stage of the marketing funnel, which is the “action” stage, the customer needs to see the ad from 15 to 25 times. Because urgency gives a result with the customer, but with known logical periods, for example, the advertisement is presented to the customer once a day for a month or once every two days, in this way and urgency in displaying the advertisement, so that the customer takes the decision. Here comes the logical question: How is funnel marketing used? First, you need four ads, 3 of them are content writing and one is copy writing. All of these ads work to complement each other. As we explained that you need more than one content or content in order to transfer the customer from one stage to another. What is known as the buyer’s journey and the difference between marketing and sales but here through the marketing funnel.

As we explained before, the IDA model contains four stages, as we explained. There is an additional stage denoted by the letter R, and it is a very important stage in which the masses who have taken the action or made the decision are retained. Because after the decision is taken and the action is taken, the masses are removed from the marketing suppression. These audiences are very important to you. Its importance lies in the fact that it can be bought from you again, and you can also obtain from it evaluations that you present to your new customers to learn about the quality of your product. Also, if you create a loyalty to you and your product, these audiences will do what is called a “word of mouth”. This means that those audiences will speak positively about your product, as a result of which they will become marketers of you and what you offer. Therefore, these audiences are very important, and the “R” is about retaining those audiences, who have finished their journey in suppressing marketing in the so-called “retention”, in order to retarget those audiences again. In this case, you provide all these stages because the audience has already taken the action or decision, and it can be targeted again easily. The stage of retention or “retention” is defined as the stage of retaining customers with useful service content in order to buy again or become virtual marketers. At this stage, we also use the Content Rating, and the interaction button is to collect evaluations from customers, for example. I give them useful information from time to time in order to keep them on an ongoing basis.

Conclusion: Here, the five stages of the marketing funnel model “Aida-R model” are all used in which the content rating is, except for the stage of the “Action” which uses the Cuban rating. And each of the columns and the Cuban rating are divided into five elements, which are:

the address
the introduction
the body
Summary

All Copyright Reserved for Nofal S.E.O™ 2022